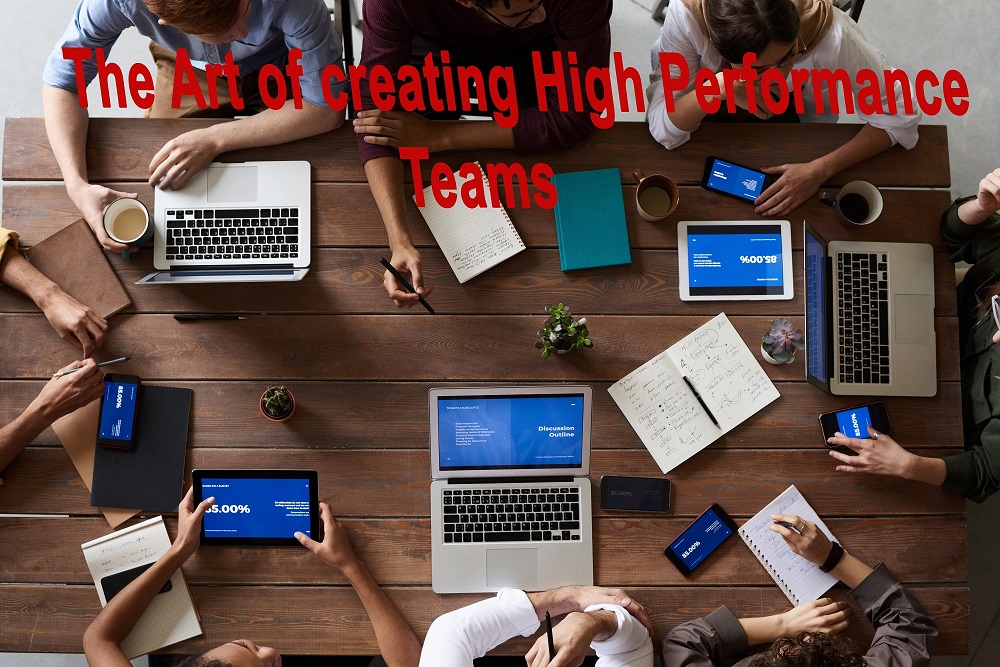 My career spanned over 20 years, and what I’ve learnt from it is that the difference between success and failure lies in the hands of a great team. A company might have a bench of exceptionally talented, passionate or skilled individuals, but success stems from an ability to teach, coach, and inspire for organizational success.

At GlobalEdge, I’m proud to admit that we strive hard to both build and nurture our people; for them to bring their best attitude to work on a daily basis. Company culture starts with its leadership, and their success remains dependent on their ability to ignite teams to work toward a common vision and goal cohesively.

It’s important to define a company’s Mission, Vision, and Values (MVV) – essential components of a high-performance culture. In fact, a defined MVV urges the leadership to interact with their employees on a constant basis across levels, from attracting talent at the very beginning to assimilating young or new talent.

Success depends entirely on employees aligning their aspirations with organizational goals; some call this cultural fitment, where career growth and direction moves hand-in-hand with the defined business outcomes. Again, company culture is a top-down phenomenon, and it’s the leadership that defines the same.

Psychologist Bruce Tuckman once formulated a model that if followed effectively led to high-performance teams. It followed four fundamental steps – Forming, Storming, Norming, andPerforming. This was the FNSP Model. Let’s venture into it.

1. (F) Forming
Individuals are unique with different backgrounds, thinking, styles, and methodologies. Given that truth, it’s difficult to expect a high level of performance from day one. Setting the rules of engagement when forming a team, bearing in mind these differences, is an important start for any leader.

The focus of this stage is for the team to build a bond in line with the defined MVVs to achieve an end goal. It’s likely to expect doubts, queries, concerns, or even anxiety during thisstage. After all, people take time to invest and nurture relationships, making the whole stage a cautious and steady process.

Team members may act independently and with utmost care in their behaviour – an instinct driven by their need to stay connected or gain acceptance with other members of the team.It’s also likely for them to exercise caution, avoiding confrontation or conflict; withdrawing from offering personal opinions is a possibility also.

What Can You Do to Facilitate Team Behavior in the Forming Stage?

2. (S) Storming
As people become comfortable, conflict is bound to follow, threatening the rules of engagement set in the forming stage. Several teams have failed at this stage as individuality, personal opinions, and ego come into play. Storming is important when there is conflict within the team – between working styles, a disagreement of views, opinions, thoughts, or values.

Frustration and a general loss of motivation to achieve desired results are not beyond the realm of possibilities within this stage. It’s best if a leader manages to follow the FACEguidelines during such a situation – Freedom, Accountability, Conviction, and Empathy. In conclusion, conflicts could categorically fall into one of three things, being issue-based,people-based, or role-based.

It’s essential to address the concerns that may stem through this phase. Focus during storming should hover around:

The storming stage is necessary for team growth; the strength of the team lies in its members. When compromise and forgiveness are chosen over division or personal ambition,the team reaches a state fit enough to achieve any desired result.

3. (N) Norming
When people begin to understand and resolve their differences, there comes a natural uptick in team chemistry. That’s what the norming stage is about – to understand strengths, areas of improvement, and acquire mutual respect of both the peers and the leader. With this progress, the team may fall into old habits given increased responsibilities and challenges, creating an overlap between this stage and storming.

However, any team here comes with an expected level of maturity. It opens for a channel for positive dialogue. Behavioral traits witnessed in norming are:

Post the norming stage, it’s easy to expect phenomenal mindshare and an open-minded approach to several critical decisions aimed at organizational growth and business objectives. Some might call it the fuel facilitating common people to achieve extraordinary results.

Performance comes from people who are focused, result-oriented, creative, and reflective in their approach to work. Individuals within a team at this stage are likely to view problems as opportunities to overcome, a step toward excellence.

A common saying entails that a team is better-off not compromising expectations for performance and that there is value in raising performance to meet said level of expectations.Key behavioural traits in the performing stage include:

At this time, a leader must build on the team’s synergy, harmony, and the idea of a mutual support structure to execute the tasks at hand. Teams at this stage could work eitherindependently or with minimal supervision, allowing leaders to move into mentorship and team development.

I firmly believe that the teams at GlobalEdge remain action-packed through much of the year. There’s comfort in knowing that, given the nature of our business – ever changing, ever demanding, and under constant pressure. Let me conclude with a bit of wisdom – success is neither final nor a destination; failure is neither fatal nor the last chance. Have the courage to continue, so we may convert our failures into success, be it for ourselves, the customers, or even the organization.